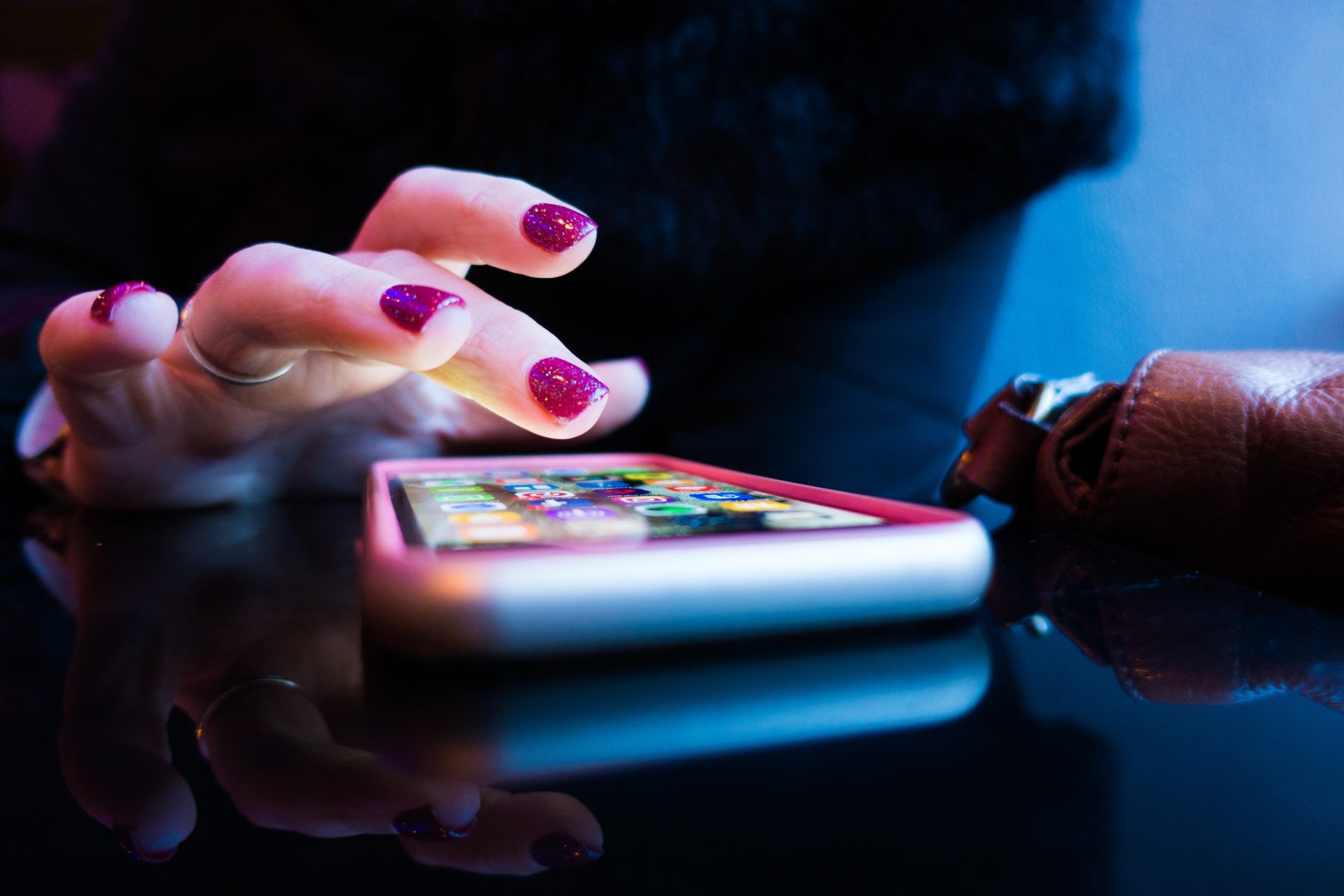 There is No Euphoria Here

Transitions are Not Services

Language Note: I use the term “trans*” to describe transgender, gender non-conforming, non-binary, and gender-expansive people of all identities.

After winning the 2019 HackOut, an LGBTQ+ hackathon, Euphoria.LGBT Inc. began launching its app series meant to streamline gender transition. The tagline for their project – “transition as a service” – elucidates the project’s goal: to make transitioning a service in a capitalist market.

The app suite promotes a linear checklist-like journey of transitioning. They recommend you start with the Clarity app which ‘tracks’ gender identity and expression alongside sexual and romantic attraction. Then, when you have clarified your identity, Euphoria.LGBT takes steps to move forward on your transition. There is Bliss – a financial planning app – meant to help you manage savings for transition-related costs, and Solace, a database with information on steps of transitioning which you can check off as goals are completed. For some steps, it encourages you to go to their partner Plume, a VC-backed trans* health service that does not take insurance. The final app, Devotion, provides daily affirmations meant to be gender inclusive.

I first discovered the Euphoria Apps from trans* Twitter outrage about them. The comments ranged from fear about data mining and invasions of LGBTQ+ privacy to questions about the ethics of a venture-capitalist-backed project. Many comments called the founders’ sell-outs and questioned the project’s actual need in the community.

I signed up for the free versions of each app (don’t even get me started on the $50 per month premium version!) and explored the features. Clarity, the app meant to explore identity, relies on binary, gendered labels of identity, expression, and attraction. It is a less-fun version of an “Am I Gay?” BuzzFeed quiz and felt painful to use, as it erased so many parts of my trans* and queer identity and community.

Solace provides the bulk of Euphoria.LGBT’s services, as it focuses on the transition process, but that bulk was sparse. Fundamentally, it acted as a mini-resource guide with information about transitioning. You can mark what goals you want to achieve and then check them off when you are done. The articles were sparse, did not provide citations or author credentials, and provided little to no further resources.

Most importantly, there was no true inclusivity. There were no articles or sections specifically by and for trans* people of color, nor disabled or low-income trans* people. When information on BIPOC trans* people was added, it was an afterthought. For example, there was only one sentence in the “interacting with law enforcement” article that mentioned that BIPOC individuals were more at risk when interacting with cops. It otherwise ignored the implications. In the “men’s hair styling” section, there was one mention of “textured (coiled, kinky, or curly)” hair added on, but no acknowledgment of differences in styling and barbering techniques.

Financial resources were often ignored or negated, with many suggestions – like getting an attorney or using Plume – financially prohibitive. Whenever there is a discussion of money, the article is linked to Bliss, Euphoria.LGBT’s savings app, and ignored other potential resources like mutual aid, non-profits, and governmental assistance.

Bliss is the only app that I felt myself somewhat onboard with. Although I did not set up a complete account that linked to my bank, I perused their information and began the process. The benefit of Bliss is that it provides a less hostile space for trans* individuals to manage their money than traditional finance institutions. I hate that all my bank info has my deadname, not my chosen name! It made me want to avoid my bank app when budgeting for my recent top surgery. Having Bliss would have helped alleviate the micro-pain of technology’s automatic deadnaming. But, as mentioned above, while savings and financial literacy are useful tools for transitioning, they do not erase or replace other much-needed forms of support. Bliss would have been helpful for me only because I have the financial resources to save for surgery.

Devotions, the app with gender-inclusive affirmations, is not worth examining. If you like daily affirmations, generally, go for it – they have nothing to do with gender, trans*ness, or queerness.

Returning to the apps three years after they were announced, I found myself re-asking the longstanding concerns that the trans* community raised. What are the ethics of these apps? The website claims that all information is private, but tech companies often mislead audiences. Additionally, their model isolates users from the trans* and queer communities, where identity, resiliency, love, nourishment, and joy are learned, taught, and cultivated.

What’s the point of these apps? All the information they share is already being circulated via online and in-person LGBTQ+ communities. Resource guides like the book Trans Bodies Trans Selves compile much more extensive and inclusive information than the app. Reddit threads, blogs, and Facebook groups provide a wealth of information and community interaction.

When looking at the components, however, I am most concerned about Euphoria.LGBT’s engagement with gender itself. The depictions of gender are binary, stripping down identity to the boxes of him, her, them, and other. The types of identity they make space for are binary (or ternary) identities with white skin and affluent backgrounds. These constraints will never represent the trans* community. Additionally, they glorify a single type of transition, focusing on a speed-focused and linear marked system with savings goals and checkboxes. While a need for ease of access to transition services remain, no trans* person I know has had had or wanted a linear transition.

The magic of gender and transition is not in clear lines or linear paths. And they are definitely not services to help follow slightly altered cisheteronormative ideals of one’s progress through life. It is in the magic of self-discovery and self-actualization. It is in the magic of true community. So much of my identity has been realized through exploration, trial and error, and community relationships.

The company uses the name “euphoria” to evoke – I assume – the feeling of “gender euphoria.” A term opposite to that of “gender dysphoria,” the painful mismatch between body, self, and perception, “gender euphoria” describes when one’s experience of gender feels magically, beautifully right. But I found no euphoria in their apps, only the dysphoric tinges of misrepresentation, exclusion, and disappointment.

This is not to say technology does not have a role in transness or transition. Technology can be an incredible tool in the hands of trans* people for promoting trans* autonomy, sharing resources, and connecting communities. For example, Namesake, an organization that MTPC partners with, uses technology to assist trans* people in the process of legal name change in Massachusetts. Namesake differs from Euphoria.LGBT in many ways, including design and language choices that are more intersectional and inclusive.

Notably, the emphasis on Namesake’s work is not in making transness nor transitioning a product. Instead, they help trans* people with a specific (and difficult) task in a way that affirms their identity. Namesake envisions a world where “trans, nonbinary, and gender-expansive people maintain agency and autonomy over their own identities, from real life to the digital world.” To Namesake, technology acts as a tool of self-autonomy, not the dictator of trans* identity.

Gathering honest, community feedback is an essential part of creating safe and affirming technology. This summer MTPC is working with Namesake to launch a pilot program for their services. This pilot program will create space for community engagement and reflection, allowing participants to shape the technology itself. Follow the link here to get involved! We are looking for users to update their legal name and gender marker, in addition to sponsors and volunteers. Financial assistance is available for the costs associated with the name and gender changes.

When I dream of the future of trans* technology, I dream in so many directions. Safer, easier, and more accessible HRT and gender-affirming surgeries.  Open-source resource guides that provide easily accessible, up-to-date, and intersectional information. Communication networks that are free of data mining and ensure safe and protected support systems. In enacting these futures, we should never sacrifice what being trans* is for the ease of app buttons or marketability in a capitalist society. Instead, we should use the tool to further the scope of trans* community and possibility.